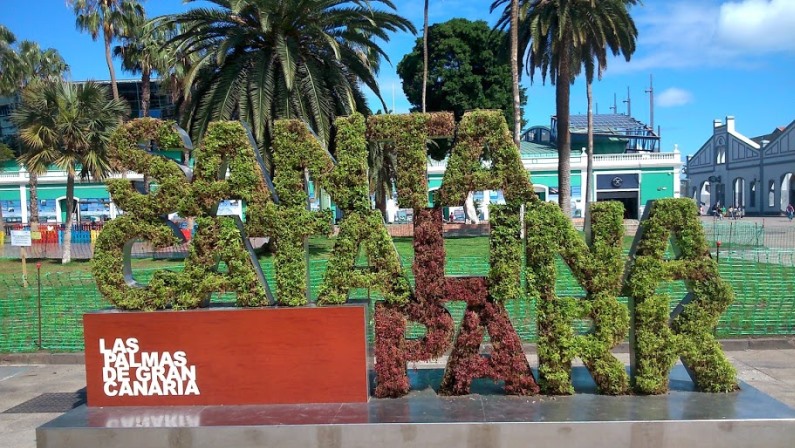 TRIP TO GRAN CANARIA by Peter, Linda, Yvonne and David

As one couple who spend most of our time on Sal, the Binter Canaries flight from Sal to Gran Canaria for less than half the flight time of going to the UK, seemed a good idea for us to meet up with friends, have a break and see more of what GC had to offer. There is also one other very good reason for those visiting GC from Sal or Cape Verde, ‘shopping’. Although Sal is growing, we do not have superstores, shopping centres or any chain stores.

As for myself and David we were flying out of the UK to Sal, but we wanted to meet up with our friends while they were on Gran Canaria, then fly onto Sal with them a few days later. We also spend a considerable time on Sal and this way of getting there, on this occasion, was a great idea.

We left on the early flight with Ryanair from Stansted Airport, 4½ hours later arrived at Gran Canaria airport, it was a good flight and the airport at GC was very quiet.

For this trip we took a taxi to Las Palmas as this was easier for the first time, costing 35euros including a tip. Next time we will take the ‘Blue’ bus service ‘Global’ ( which seems to leave the airport nearly every ½ hour, Google the bus service to find out the times) This is supposed to be a direct service into the bus station in Las Palmas and only costs around 3euros.

The taxi driver dropped us at Santa Catalina Park and a little walk revealed our lovely small and chic 12 bed hotel – Bed and Chic Hotel. It is being extended with more rooms and a restaurant/bar (which will be open at the end of July). Once shown to our room, which overlooked the park, we unpacked then set off to meet up with Peter and Linda.

After a walk around we headed for the Fagata Restaurant, as recommended by Monica, for a few beers and our first Tapas of the trip. Fagata restaurant is situated in Santa Catalina Park, next to the Information Centre, this is where you can find out more information about the island.

In the evening we took a taxi to the old town (5euros) Vegueta and visited the roof-top bar of La Azotea de Benito. Every Thursday 8-11pm there is La ruta de pinchos which means the snack route which has a selection of tapas restaurants who sell a tapas and a drink for 2€ Later we headed back to the Hotel, where on the roof terrace we had a nice bottle of local wine or two.

Friday was announced to be a shopping day (by the ladies ) so a taxi to Las Arenas shopping centre (5euros), where we spent a couple of hours. After a coffee the boys left us and they headed to the beach promenade and bars! When we had finished doing some shopping we went and found the boys in the Taberna Chica, along Playa de Las Canteras (main beach promenade). Here we spent a great afternoon, the staff were very attentive, Tapas lovely (pics below). Later we returned to our hotel and had more wine on the roof terrace. 🙂

We decided to hire a car for 2 days which we arranged through the Hotel. The company was called ‘Lencar’ – 57euros for a 5 door Kia.

We drove to the north of the island making our way to Agaete, a coastal town connected to the Puerto de las Nieves, where the ferry to Tenerife leaves which takes 90 minutes. There are two ferry’s operating a shuttle service.

From there we visited Acuras, the old Capital, with a lovely church and Botanical gardens. We had lunch down one of the side streets

Our travels then took us to Teror, further in the island where it had a 17th century Basilica

From Teror we took the very windy road through Santa Brigida and found ourselves back in Las Palmas. (the hotel doesn’t have parking so parked in an overnight garage 14.60 euros)

On Sunday we drove to the south of the island – heading straight for Mogan, using the coastal road, Mogan a picturese village, inland with a quaint church.

Just outside Mogan is a little village with a windmill – you must stop and look along side the windmill there are some unusual LARGE kitchen items, a table and chairs, kettle, coffee grinder and lots more all made for giants!!!

We next headed down to Puerto de Mogan – when you enter the town it is full of hotels, shopping centres, car parks but park up and walk down towards the port and it is a different world, lovely little houses some for rent and restaurants. A very picturesque little harbour and village. We stopped for something to eat Sardines and salad at one of the restaurants, was really lovely and a wonderful setting for a leisurely afternoon. Photos below:

Back in the car we headed through the new tunnels built into the rock face and totalled 6,000 km within 7 tunnels to Maspalomas. After a walk along the walkway by the dunes, we headed back for Las Palmas.

Having had tapas for the last few nights we decided a Chinese meal would be a change, after a drink in what was becoming our regular bar – Bar de Vinci – we ate at Chino Jacky, just outside our hotel in park area, then as was our habit another bottle of wine on the roof terrace over looking the park and port .

Monday was our shopping day for food, went to Carrefour in the Las Arenas shopping centre, although it had lots of other things than food, think Hyper Dino supermarket is better at El Muelle shopping centre (in the port area). After our shopping was done we walked to the port and around the El Muelle shopping centre and found a great cafe called ‘100 Montaditos’ it had 100 different types of filled rolls from 1-2euros + some snack foods all at 2euros drinks were the same 1-2 euros including beers, they do deals some days so even cheaper, food was nice if you only want a snack – we had 3 snacks, 1 large, 1 small beer – 7euros.

For the last nights meal we decided we would have something special so starting off at our regular – Bar de Vinci – walked down Playa de las Canteras the restaurant La Marinera, predominately a fish restaurant, but had steaks as well.

We had been in previously and reserved our table we wanted but on arrival was told no we had to sit by the window in a different place. “fine”. The view is stunning, out over the sea and we were hoping the sunset would have been good but it was too cloudy.

The meal was lovely although we ordered a side salad for the steaks, a great big starter salad came up, which in the end cost 12.90euros. The whole meal would have been a lot better if the waiter put a smile on his face and was a bit more helpful!!!! Below, La Marinera Restaurant and Views:

Another last drink in the Bar de Vinci, then bed to be up early for our trip back to Sal.

When we got to the airport he asked us if we were international departures, which we were BUT you need to get the driver to take you to the end of the departure drop-off as we had a very long walk to get to the Binter check-in desk (they use desks 103-108). After an hour wait we boarded our plane – flight was very good – staff very attentive – snack meal (chicken wrap, crisps and olives) was adequate, drinks all free including beers and wine. Arrived at Sal airport 2 hours later.
For myself and David, maybe we will use this same route back from/to UK/Sal again. It worked out cheaper than flying straight home with Thomsons this time. It was a different holiday break for us before heading off to Sal. There are many different places to visit and more restaurants to choose from on Gran Canaria, but we only visited a few this time, but ‘we’ll be back’!

This blog was prepared by David and Yvonne Hamilton and Peter and Linda Aspden: 20.7.15 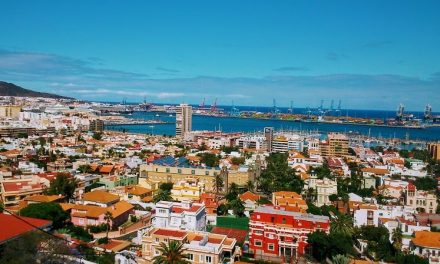 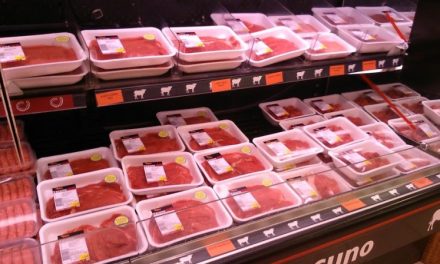