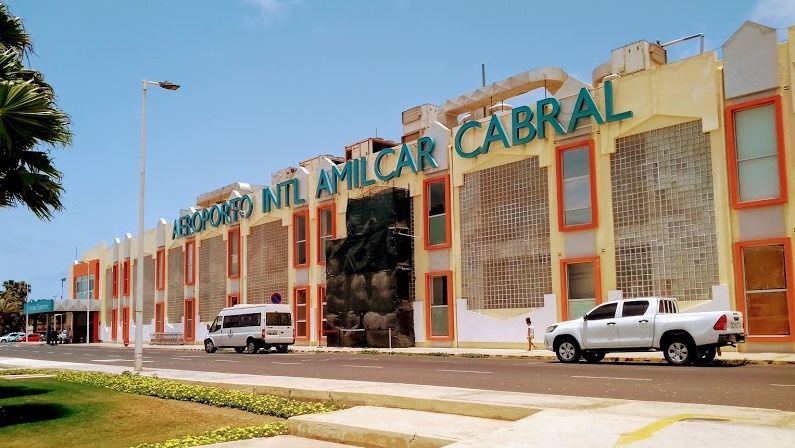 Sal to Heathrow with Air Maroc

I booked Air Maroc for two reasons, leaving on Wednesday 15th suited my onward travel plans and it was a good price. The luggage allowance is great too and two suitcases allowed. Wouldn’t normally be of interest flying UK bound but this way I was able to help out a friend by bringing a suitcase back as well as my own.

I was happily making a cake on Sunday 12th about 6pm when the phone rang. It was an Air Maroc employee telling me that my Wednesday flight was cancelled and I was leaving at 4:30am the following morning (Monday).  I am very lucky in my friends, Trevor came to the rescue, yes he would close down mine and Kate’s apartments, yes he would go and pay for my ZAP, collect laundry and the rest of the list of things I’d planned to do over the next two days.  With some basic clearing and some packing done I’d arranged for Edson to come and take me to the airport in his taxi at crack of sparrow spit the following morning.

The first thing that hit me as I got on the plane was a smell of stale curry. Now I like curry, and there was a vague hope that maybe that’s what was going to be served in flight. No, it just smelt. I got in my seat in a fluster of tiredness and getting on a planeness without really looking. Big mistake.

It was probably the dirtiest plane I’ve ever been on. Stained torn cloth seats, generally very unclean. It was half empty fortunately, because when I returned from the loo a couple of hours into the flight, I realised the seat I was sitting in looked like someone had peed on it, yuk!!! It was difficult to find another that wasn’t equally as disgusting. I settled into the cleanest seat I could find, then was served with a cheese sandwich. I find it difficult to describe, suffice to say it must have taken years of practice to manage to make a cheese sandwich taste that bad.

We arrived at Cassablanca.  One of the reasons I was happy to stop there was I wanted to buy some Moroccan ashtrays. It wasn’t the easiest thing working out where to go, luggage is transferred same as TAP, but you need to find the departure lounge for the next flight.

The security was worrying but eventually got to the right departure area for the next leg and walked round the shops. The ashtray shop was shut.  Tried to eat something, looked OK but really too tired to be hungry by now. Went and sat by my gate and waited.  Then a lady’s started screaming, running amok, couldn’t work out if she’d had her bag nicked, lost something or just plain crazy but very alarming when you are in a strange airport these days.

Finally the Heathrow flight was called and it was a relief to get on it. This Air Moroc plane was nice and clean, leather seats, more what you expect these days.

It all ran on time and the staff were courteous. I do think my poor experience on the first leg was unusual as I’ve had friends use Air Maroc with no complaints at all.   I might use it again if I wanted the luggage allowance and wasn’t prepared to pay TAP flight prices but…

PS Writing this spurred me on to complain, it’s been acknowledged and I’m waiting for a response.