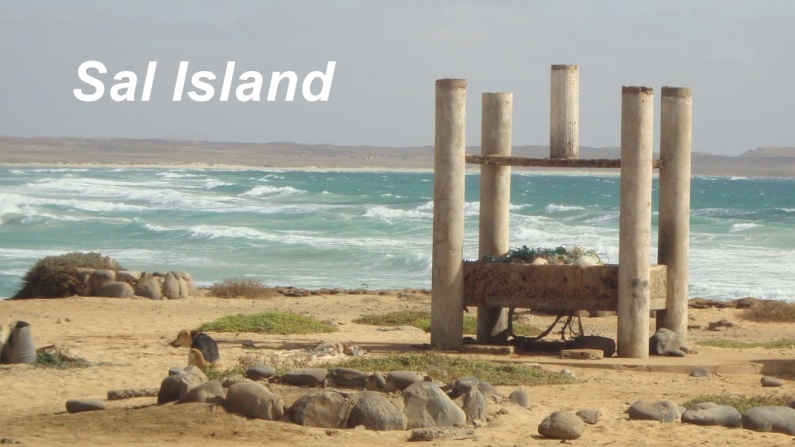 First and foremost I would like to thank every one of you that took the time to be here with us tonight.
The purpose of this meeting is to inform you that a group of citizens who care about Santa Maria, have taken action for a good cause to better our community.
The group is called ACTION FOR THE CREATION OF A CITY HALL (A.C .S. M. ) ……. a Camara for SANTA MARIA
This group is committed to fight for Santa Maria and they are sure that with their intervention Santa Maria will become a better community.
ACSM hopes to get the involvement of all of you because you are part of Santa Maria and we invite you to join us so that our community becomes a lovely City to work, to be visited by tourists and to live.
There are many aspects of Santa Maria that the group has brought to the attention of the media and the government:
• Public illumination (sufficient and properly functioning)
• Paved streets with artistic patterns and Trees
• Green areas in town with gardens to be more agreeable to see and to enjoy
• Houses with a good finish and painted with a better harmony of colours
• Water supply, sewage and electricity for the entire community
• Police force to assure more security for the people and their assets
• Remodelling and recuperation of the Church and all public building that are part of the history of this town
• A Downtown with adequate businesses with quality and a nice night environment
• A sports arena that is covered
• A High school and a professional and skilled school
• Social housing
• Police station
ETC………
This is not an easy process, but we are committed to go until the end to meet our objectives. However, we will need to have a petition signed by at least 3000 people to be sent to the Congress for approval. So far we have 1500 signatures. We encourage everyone to sign the petition.
We will continue to pressure the proper authorities and the government to take immediate action in order to give a good face lift to this village and to create the proper infrastructures so that this village can become a real City not only for tourists but also for the people that live here.
We invite all of you that are permanent residents and those who about to become to sign our petition before you leave tonight.
The majority of the meeting will be in Portuguese and Creole but I am available for any clarifications and at the time of posing the questions please feel free to stand and speak up your ideas and concerns.
There are many people in the room that also speak English please approach and ask. Thank you
I would like to invite everyone for an event that will take place the 1st of April to celebrate the 75th anniversary when Santa Maria was given the statue of “HEADQUARTER OF THE ISLAND” basically all the governmental offices for the island resided in Santa Maria.
Thank you.

There were two speakers for the meeting. The first speaker Dr. Guabelto spoke mainly about the process of creating a City Hall (Camara) in Santa Maria. He noted all the advantages for the community and the people who live here. He was very thorough about the situation in which Santa Maria is at the moment and the benefits of have its own local government.
There are many requisites in order to become a city council and based on the other City Hall (Camara) created throughout the country, Santa Maria meets all the requirements. Now what will be necessary is for the congress to vote in favour of the city hall of Santa Maria.

There were a few questions from nationals and foreigners and they are the following:

Question1: English speaker – Liz Armstrong
Liz asked if the money that will be generated in this City Hall will be sent to Praia or if it will be for this city hall (Camara)?

Answer: There are budgets that the government will allocate for the City Hall. As this island will have two city halls (Camara Municipal) each one will have their own governmental budget. This will benefit Santa Maria because it will not depend on Espargos, and will work on its own projects and needs for the community.

The money that is generated from services such as customs, fiscal department (IVA, IUR) these taxes are governmental money.

Besides the budget that the government will allocate to this City Hall (Camara), the City Hall itself will have to generate other income by promoting areas and create strategies to generate more and more income.

Q2 . English speaker- Jeff Goundrill :
Why doesn’t the Government ask investors to contribute to the community?

Answer: When the City Hall (Camara) of Santa Maria is created there will be agreements with Investors where they will be asked to contribute to the community, of course that will have signed protocols that will take place between the parties involved.

Q3. Jeff Goundrill:
What are the measures taken to stop the dump site below Fatima (west coast) where the construction companies are dumping the rest of construction materials? Rats and other animals can develop in the dump site and can become a threat to the public health.

Answer: Once the City Hall is formed there will be measures ( laws) in place to stop dumping on the site. There is a need to have Inspectors, violators will pay a fee for the violation of the laws.

There were more questions about nationals asking the association to go over the entire community and explain to the population the purpose of this action and to educate them so that they will understand the entire process.

Questions from local Cape Verdean people of Santa Maria:
Q.4 What is the group doing to educate the population of the creation of a City Hall in Santa Maria, as there is some misunderstanding among the people in the community?
Answer: the group has done several door-to-door visits to collect signatures and while in the visits the group has explained to the people what this idea is about before collecting the signatures. However the group is going to broadcast via radio and the local TV, as well as place and article in the major newspaper to give a thorough explanation of this entire process and to clarify any existing doubts.
Q.5 Last year there were only four students that graduated from high school and this year there are only two students from S. Maria that will graduate. The number of student graduating in relation to the young population is very low. What are the perspectives of this group to intervene in education so that S. Maria will have more students with a higher turn up of graduation?
Answer: The goal of this group is to have a local high school therefore to incentive young people to attend high school and to stay in school until they graduate. At the moment it is difficult for students to travel to Espargos every day, many families do not the financial capability to pay the bus pass for the students to travel to school and also for the tuition.
Question by Spanish gentleman : DR. CARLOS (MD)
He agrees with the idea of the creation of a City Hall here in Santa Maria but he suggests that infrastructures such as medical facilities with laboratory, rooms for patients, waiting room and professionals to be trained to meet the expectations of the community. He also is worried about education in this village. Young people are not doing much and the rate of youth out of school is very high at the moment. What this group will do to change this situation?
Answer: The group has a hospital as part of their changing plan for Santa Maria. The group has published a flyer and in it there are several areas of intervention. The flyer was given at the meeting. Education is also a priority. A high school is a must in S. Maria and this issue has been debated for several years between the city hall of Espargos and the government. Top priority for this group is to have an education institution that provides an excellent academic program.
Thanks again and I will keep all of you informed about meetings and events in the future. 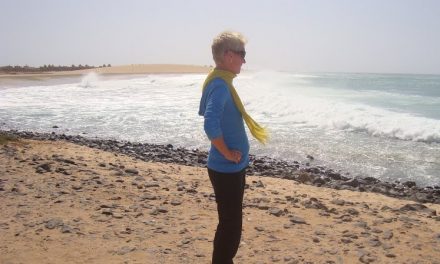